Skip to Main Content
Snapped Series:
Have you ever wondered why a normally healthy person snaps and does something so out of character that we think their actions are insane? This psychological suspense series delves into the theory that sometimes the mental state accumulates over time and sometimes it happens suddenly or out of the blue. Take a ride on the dark side with someone who simply SNAPS because they cannot take it anymore!

To learn more about this series, check out the books on Amazon. 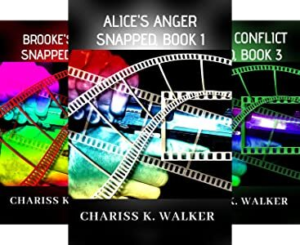 Having lived in New Orleans, writing this series was a visit down memory lane. The trolley passed by my house on Carrollton several times a day and the clanging of its bell tickled my imagination. I often walked through the Garden District to the cozy coffee shops and regularly passed by Tulane.

To learn more about this series, watch the following book trailers now, and please follow me on YouTube.

A hard-core depiction of good vs evil!

This supernatural suspense, dark urban fantasy series is a controversial tale of transformation to angel and demon where Alec Winters roams the gritty streets of New Orleans to protect its innocent victims and brutally destroy the wicked people who hurt them.

Fans of the movies, Death Wish and The Equalizer, and the television series, Dexter, Supernatural, and Constantine, will enjoy this series.

Some see Alec Winters as a breath-taking angel of light. Others see him as the most terrifying, mind-blowing demon they could ever imagine, but you will have to read the story to find out how and why a young, 17-year-old high school jock was transformed to both.

Vigilante or Serial Killer? You must decide.

Author’s Warning: Includes emotional triggers of every kind. Alec Winters brutally murders criminals – rapists, murderers, sex traffickers, pedophiles, and abusers of all kinds – in order to protect their innocent victims. This emotionally charged, dark fiction story – deals with elements of fear, death, and the darkest side of life. However, the situations depicted are so real, so violent, that this series is Not recommended for the faint-hearted or those under the age of 17.

Prelude is already available as an audiobook on Audible, Amazon, and iTunes. 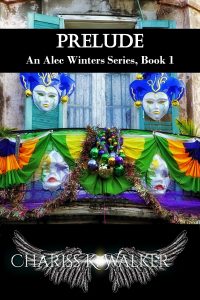 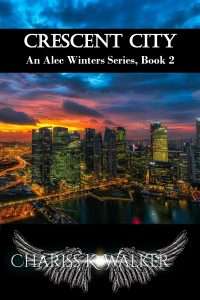 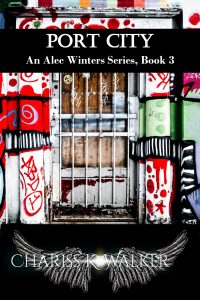 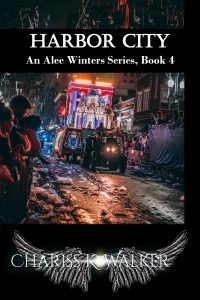 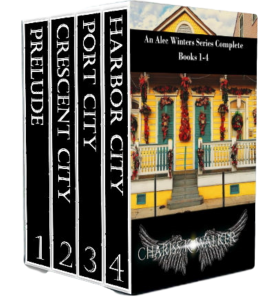 Serena McKay, P.I., won’t be your mother’s favorite female sleuth. She’s certainly not of the Jessica Fletcher ilk and this is not a cozy mystery. This is a dark, dystopian crime novel which deals with all aspects of the darker emotions and aspects of life. If you cannot handle such reading material, please do not read. Serena McKay has been abused, used, and battered. She has suffered through devastating emotional and physical abuse, and yet, she still has the heart to help her clients. She lives in a post-apocalyptic time where existence is nightmarish at best and disastrously chilling at worst. As a strong, albeit dysfunctionally-flawed private investigator, Serena uses every weapon in her arsenal to solve bloodcurdling crimes in this hard-boiled, dark-fiction, dystopian thriller series and she does it all while a notorious serial killer is after her emerald green eyes…

Purple Kitty is going to Audible, Amazon, and iTunes very soon! In the meantime, listen to the first chapter, narrated by Kim Rossi right here.

Serena McKay has been abused, humiliated, tormented, and degraded, first as a child, then when training to be a police officer, and even again after making the grade as a law enforcement officer. She takes on lost causes and hopeless cases which inevitably force her to confront head-on the callous establishment and its misogynist operatives. She knows exactly what it’s like to suffer abduction and rape because she’s survived multiple episodes of each. She’s battered and bruised, angry and broken – yet somehow still in touch with her humanity and possesses an overwhelming imperative to see justice done. Enjoy the gritty story of a feisty private investigator that gets down and dirty solving crimes. Her A-List specialty – abduction, abuse, adultery, and any asshole that gets in her way… all while a serial killer is after her green eyes. Enjoy the conclusion to this story. Does Serena finally put him away for good? 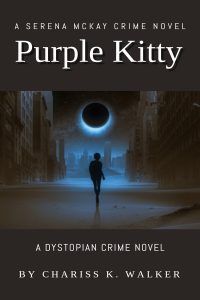 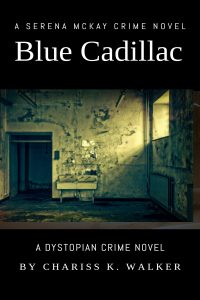 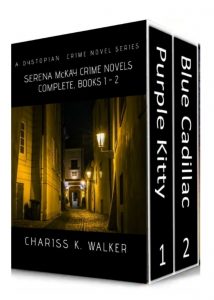 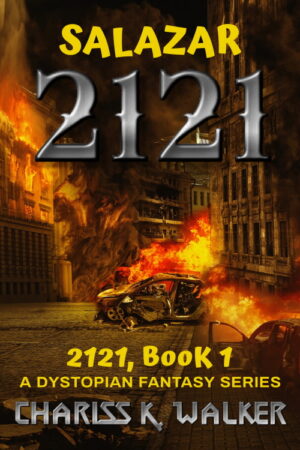 I don’t classify this story as dark fiction due to language or sexual content because there isn’t any. It is actually very mild and suitable for Young Adults in that regard; however, it is a dark, disturbing futuristic novel that takes place in 2121, our future.

A post-apocalyptic, dystopian fantasy story.
Salazar, a descendent of Serena McKay, seems to be the only one who understands that his city, August City, faces apocalyptic annihilation while its wealthiest citizens are spirited away and to safety by spaceships.
Is there any hope?
•The wealthiest residents have fled.
•An unprecedented and unprovoked air raid shatters August City.
•A biological toxin is released on Earth.
Is there any safe place to hide? 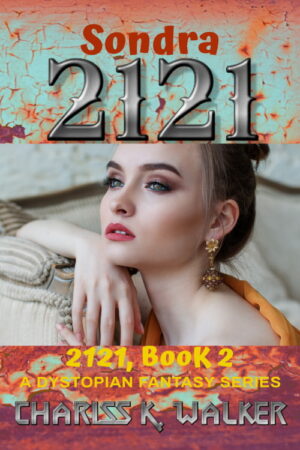 Meet Sondra; one of 12 survivors who joined Salazar after August City faced apocalyptic annihilation and its wealthiest citizens were spirited away to safety in spaceships.
Sondra, a gifted seer, psychic, and precognitive, is vital to the continued survival of this ragtag group of fighters.
Together, these first few survivors gather over two thousand others who managed to live through the nightmarish devastation.
Together, they have formed a society in an underground city they named Eden.
But, can they continue to survive?
•The effects of the biological weapon are now evident.
•It has caused terrifying changes in people, animals, and plants.
•The two factions war against each other, fighting over perceived territories.

Will their rivalry be the end and death of both sides?

Note: Serena McKay Crime Novels, Purple Kitty (ASIN: B01EHUL2MI), and Blue Cadillac (ASIN: B07B9V8XQ5) also take place in August City. This is Serena’s world and is set some sixty years in our future. August city, a very dark, and scary place is even worse after another sixty years have passed.
Serena’s grandson, Salazar, still lives in August City and is faced with the end of the world as he knows it. 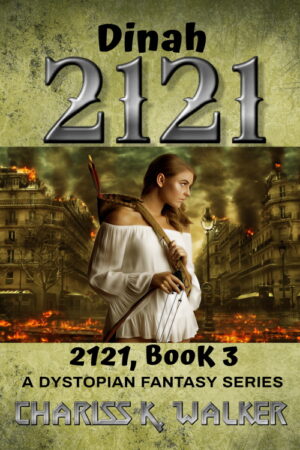 Meet Dinah. A beautiful and powerful warrior she will lead Eden’s society to new lands.

Find out how the story ends…

my name is tookie: 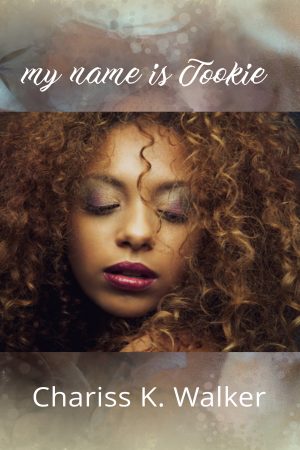 Tookie, now fifteen-year-old, shares her nightmarish memories as a survivor of unspeakable and depraved atrocities committed by the very system in charge of her protection in this dark-fiction, tell-all novella. Lost in a corrupt ‘system,’ Tookie suffered mind-blowing sexual and emotional abuse that would cripple any child. Although it’s devastating to read about these horrific crimes, Tookie’s inspiring hard-won recovery, and the devotion of her loving grandmother are breathtaking in this “based-in-part-on-a-true-story” novella.

Read a sample of my name is tookie here.